The meeting began at about 10 am with the introduction of the Delegates present, stating their names and designations including the Office they occupy and the persons or Institution they represented.

Professor Charles commends their Nigerian experience and stated their determination to emulate and replicate the same in Ghana. He stated the importance of seed banks and how their poor state can negatively affect production.

They are convinced that the Company is one of the seed banks for the production of cowpea which is not the indigenous specie but the biotech one because they were educated in their first visit on the difference between the indigenous and the PBR.

He emphasized that they are regulators and that whatever happens, they have the Technical Advisory Council that is readily available to intervene during environmental emergencies.

Thus, the crux of their visit is to emulate whatever has transpired in the Company from the Agricultural BioTech level to the environmental release to consumers. He further stated that their visit is multipurpose and reiterated their pleasure in visiting the Company by expressing their satisfaction with the technology used and innovations with an emphasis on the food production which is rated as very much contemporary.

Finally, he mentioned their determination to pass these on to the Ghanaian Community and appreciated the management for receiving them.

Mr. Bruce confirmed the farm size and stated the target by the end of 2024, saying the company should be able to produce 12tones per hectare of maize and 6tones per hectare of soya feeds. He further stated his belief that achieving this will be a journey, but the Company is very scientific about the approach in order to get everyone in Nigeria to achieve the same.

Questions on documentation of the Company’s experiences for the purpose of sharing were answered by Mr. Bruce and he stated their determination of turning 30 years ‘ experience of learning into four years and also partnering with institutions for research purposes. Finally, there is going to be an active extension in the future and also by the alliance in getting poultry feeds.

The crew proceeded on a field trip.

On the field, there was an inspection of seeds (cowpeas) and the Farm Manager (Mr. Monger) explained the procedure from planting to harvesting including genetic formation and the pre-emergence spray application. On average, he stated they get fifty-three thousand plants per hectare.

Other things discussed in the field include;

In conclusion, (the man in black and white shirt) one of the delegates tendered an unreserved appreciation on behalf of their institution to the Company for receiving them.

Visit Objective; The Ghanaian Team are on the tour to PNL to emulate and replicate what we are doing in Nigeria especially growing PBR Cowpea in collaboration with EcoBasic Foundation Nigeria, to see the science behind growing Cowpea offseason, produce seed for farmers during the main season, Ghana wish to replicate same scientific ideology as they seek support from PNL to Ghana.

Visit us on social networks:

Visit us on social networks: 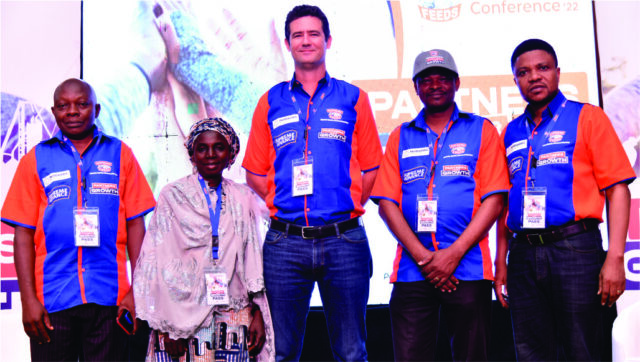 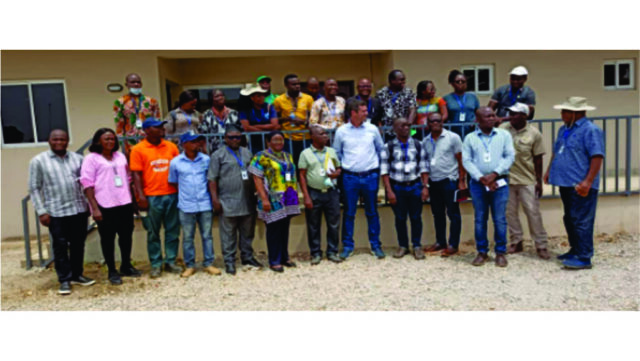 VISIT AND MEETING BETWEEN DELEGATES FROM GHANA AND AATF HELD ON THE 6TH DAY OF APRIL, 2022 AT PANDAGRIC 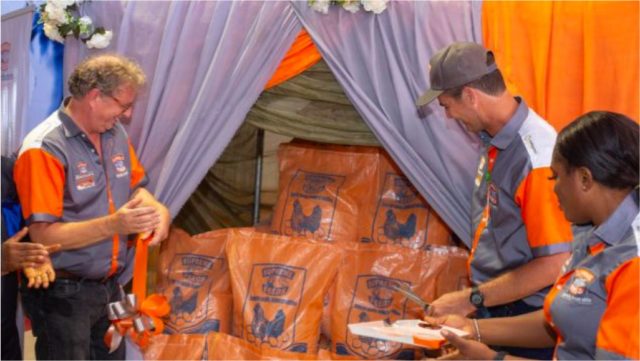